Do You Feel Me? 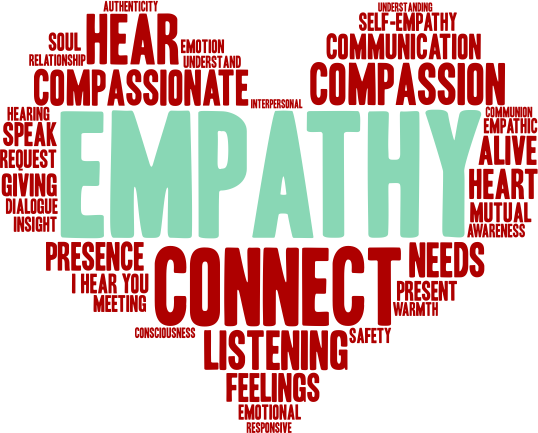 Do you feel me?   It’s a question that you hear from time to time, but I had never heard it in a biblical sense until earlier this year.   The last time it was said to me, I knew exactly what this good friend was saying.   I knew what he meant.  His exact words were, You feel me, bro?”

Bob’s Goff’s book, Love Does, is extremely inspiring.  It inspired me as few books have. His book drives home the principle that a lot of us have kicked around for years.   The only love that is real is love that is demonstrated. You need to do something, or love is just an idea. Just words.

I think there is another level to love. It’s sort of “Pre-Love.” It’s empathy. It feels what another feels. Right now. In the moment. It’s really listening.

I recently had a dear friend diagnosed with throat cancer.   When he first went in, and the Doctor told him it might be cancer, he called me. He told me what he was going through, and I could tell he was scarred, Anybody would be. I felt empathy for him. I have been there. But looking back, what I did was immediately try to fix him. I started talking about turning everything over to God, what foods to eliminate from his diet, what foods to add to his diet.  I started pulling out everything I knew from fighting cancer for over 18 years. But is that what he needed? Is that why he called? After praying about it and really replaying the first call in my head, I’m not sure it was.

He had his worst fears confirmed on Friday.   Jim has throat cancer. I gave you his first name so you can keep him in your prayers.  I have not called him back since I learned the results of his biopsy. I will call him later today. But when I do, I will truly listen. I will really feel him.

Feeling someone is more than acceptance. More than tolerance. It’s choosing to care about them as a person and really listen to what they are saying and what they are feeling.

Feeling people are rare. We’re in such a hurry all the time. We text rather than talk. We message rather than call. We communicate on FB rather than driving over to a friend’s home to sit and visit. There is so much to do and so little time.

Feeling takes selflessness, at least for a few minutes. You can’t be thinking about yourself and feeling someone else at the same time. You have to put yourself and your agenda on the side and focus completely on the person you’re with. Exclusively.

God does not need me to fix anybody. He wants me to feel them, one at a time.

For the next few days, in every conversation you’re in, feel the other person. Be fully present. Watch their eyes. Listen to their heart as well as their words. Don’t be thinking about what you are going to say next. Don’t think about how you can help them with their problem. Don’t fix them. Just feel them.

Have an amazing day.